By Dennis Lennox, CP contributor | Sunday May 2nd 2021 The Francis Square on the University of Missouri campus in Columbia, Missouri. | Dennis Lennox

Columbia is about halfway between St. Louis on the Mississippi and Kansas City on the Missouri-Kansas border, just a few miles from the Missouri River. Not only is it one of the better kept secrets in the Midwest, but the city feels more like a small town despite a population of over 120,000.

One example is the True / False Film Festival. It is considered one of the best documentary film festivals in the country and takes place here of all places. This year’s edition, which begins Wednesday, features 21 films and 23 shorts, mostly outdoors, although the Presbyterian and United Methodist churches were the settings during the pre-pandemic iterations of the festival. There’s also the Unbound Book Festival, which recently completed a purely virtual cast.

The city center is very accessible with galleries, shops and an impressive collection of public art that was created through a city program that has been in operation since 2010. There are also several restaurants including Sycamore, Cherry Street Cellar, and Ernie’s, a breakfast and lunch establishment known for its old establishment -school diner interiors.

Of course, the University of Missouri (called Mizzou) and two liberal arts schools, Stephens College for Women and the aptly named Columbia College, the latter of which has a historical connection to the Christian Church (disciples of Christ) has great contributions to the cityscape. 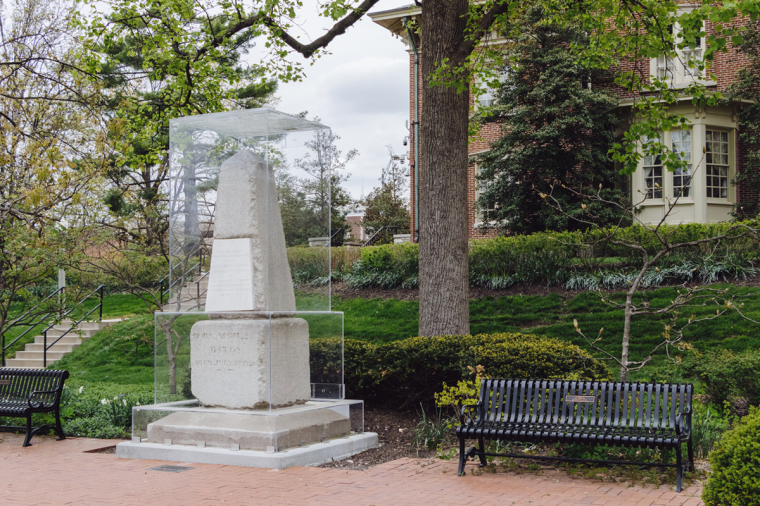 Thomas Jefferson’s obelisk tombstone was translated to the University of Missouri campus in 1883. | Dennis Lennox

A few blocks from downtown on the Mizzou campus in Francis Square are six pillars – the remains of a 19th-century building destroyed by fire – that could serve as ancient Greek or Roman ruins. Also in the square is a somewhat dark, glass-clad granite obelisk that was once Thomas Jefferson’s tombstone. It was translated from Monticello to its present location – the campus of the first state university under Jefferson’s Louisiana Purchase – in 1883. The school’s two museums, the Museum of Anthropology and the Museum of Art and Archeology, are also worth a visit (admission is free).

A nondescript chapel on the campus of nearby Stephens College deserves more attention. 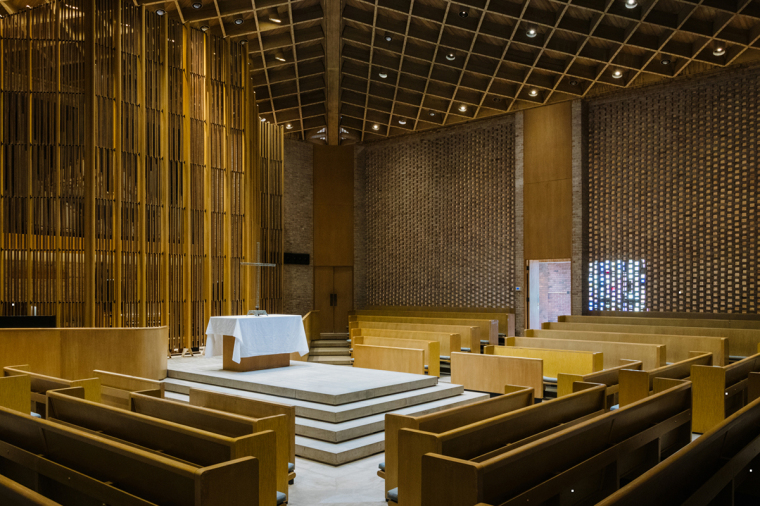 The mid-1950s Firestone Baars Chapel is the work of renowned architect Eero Saarinen, who was commissioned to complete the plans his father had begun before his death. Saarinen, better known for the Gateway Arch in St. Louis or the old TWA terminal at New York’s JFK Airport, designed a cube-shaped building made of bricks with a minimalist interior. This design must have been controversial in view of the tendency to revive the Gothic in church architecture.

About 15 miles from Columbia in surrounding Boone County is Rocheport, a charming village of just a few hundred souls.

Once a port on the Missouri River, it is now a popular starting point for the Katy Trail, which runs parallel to the river on an old railroad and runs beneath picturesque limestone cliffs. A brunch at the Meriwether Cafe, which also hires bikes for the trail, is highly recommended.

Fly to either Kansas City or St. Louis, as both airports have more flights than Columbia Airport. Alternatively, the journey from Chicago and Atlanta takes about six and ten hours, respectively.

I stayed at the Courtyard by Marriott Columbia on the outskirts of town. Those who prefer to stay downtown should try the Tiger Hotel, which was recently branded by IHG up to the Voco brand.

Dennis Lennox writes on travel, politics, and religious affairs. It has been published in the Financial Times, Independent, Detroit News, Toronto Sun, and other publications. Follow @dennislennox on Twitter.

Sonoma State University: SSU Is One Of The ‘Most Promising Places To Work In…