Even before the pandemic, dozens of homeless teenagers and young adults were waiting for a protective bed in the city of St. Louis.

However, over the past year demand has soared, putting pressure on one of the few facilities set up to supply it.

Covenant House Missouri offers short-term and transitional accommodation for those ages 16 to 24, as well as on-site services such as medical care and vocational training. Since the pandemic began, the number of people on the waiting list has more than doubled – and the vast majority of them are homeless for the first time.

“We never want to be in the position where we say business is booming,” said Colleen Daum, director of advancement at Covenant House Missouri. “This is not a business that we hope will continue to grow.”

Located on a tree-lined section of Kingshighway Boulevard in northern St. Louis, the nonprofit has provided shelter to the homeless and vulnerable youth since the late 1980s.

The demand for services has often far exceeded capacity as the shelter can only provide a bed to 1 in 5 people who contact it. However, the demand has increased in recent months. Shortly before the pandemic began, 76 young people were waiting for a protective bed at Covenant House Missouri. By the end of 2020, the waiting list had risen to 161.

Staff also noticed a worrying new pattern: the vast majority of young adults who turned to the facility, more than 80%, were looking for services for the first time.

“It was pretty amazing,” said Daum. “The number of first-time calls has been higher than ever and that trend has continued throughout the pandemic.”

Half of the 40 beds in the shelter are designated as emergency accommodation, which is allocated according to availability. The rest is part of the facility’s transition program, which offers home-like living for up to two years.

The shelter’s staff have noted an increase in the number of homeless teenagers and young adults leaving unsafe homes or living situations that have become too crowded while families have sought refuge over the past year.

The staggering increase in demand, added Daum, is also closely linked to the wave of pandemic unemployment. Even now, as some industries begin to recover and jobs become more widely available, the labor market has become more competitive.

“Young people who have lost their jobs are starting to compete with competing people who work in industries that have closed,” said Daum. “There is this competition between people with long employment histories and young people who may not have extensive work experience and who are competing for some of these entry-level jobs.” 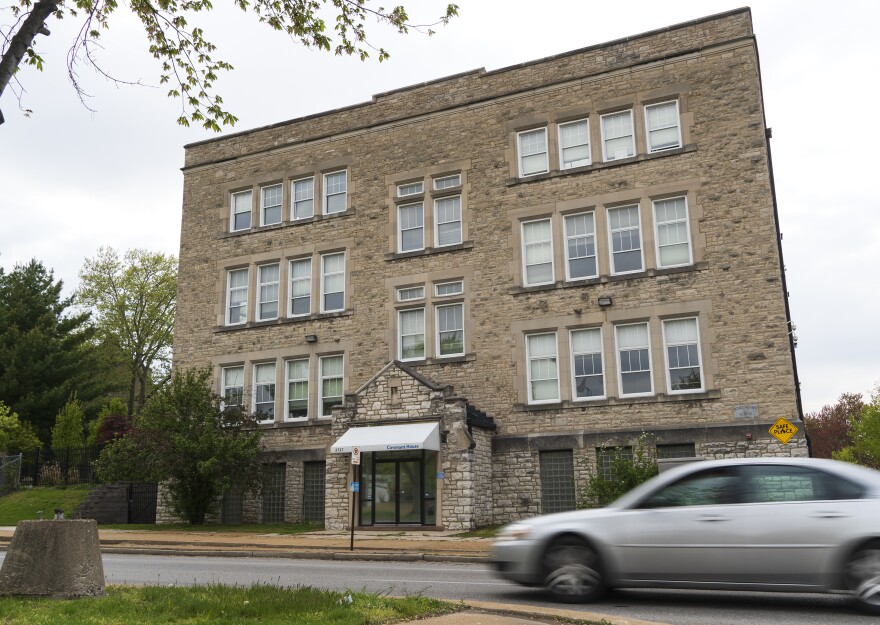 Located in the Kingsway West neighborhood of northern St. Louis, Covenant House Missouri has been sheltering the homeless and vulnerable youth since the late 1980s.

The economic hardship of the pandemic has also created new challenges for customers of Almost Home, a temporary shelter in St. Louis that looks after young mothers between the ages of 16 and 21 and their children.

Demand for services has remained relatively constant over the past year, Executive Director Reona Wise said, but the number of now-housed mothers seeking help has increased at the facility.

The non-profit organization has offered assistance to two or three former residents in recent years by offering rent support, childcare or food.

“In 2020 we were well over 25 people,” said Wise. “There were so many different reasons they needed support. You were in a good place, you know, ‘I did better and I felt like I had it, but then this pandemic changed everything and I feel like I’m going backwards again.’ ‘

These women have worked for years to move into stable, independent housing, she added, and fear they may lose it all.

Many St. Louis nonprofits and homeless service providers have applied for emergency pandemic funding to better serve the needs of the populations they serve.

Last October, Covenant House Missouri received nearly $ 600,000 in federal funding through the city of St. Louis to add 18 shelter beds. The expanded shelter will include a separate wing for young men and another area for survivors of the sex and labor trafficking.

Construction work on the project will begin in the coming weeks and should be completed by June 2022.

“Even during the pandemic, we saw young people get full-time jobs, graduate from high school and move into permanent housing,” she said. “We have the power in our little corner of the world to make sure we improve the lives of those who are here every day.”

St. Louis County seeks to ensure no one in Phase 1a vaccine groups was overlooked