Food Insecurity Is Up — And St. Louis’ Food Banks, Pantries And Farms Are Responding

In her volunteering with Blessed Teresa of Calcutta’s Pantry in Ferguson, Carolyn Randazzo doesn’t bother customers with questions about what made them seek help. But they have conversations so Randazzo knows some of the biggest challenges facing families, like losing jobs in the service industry and the need to feed more mouths and more meals every day.

“In the region in which we operate, most of our students are having virtual learning at this point, some are in a hybrid situation so that they are also home for lunch and breakfast, and that was a huge burden on ours Families, “said Randazzo on Tuesday.

“Our school districts have helped some with providing meals, but the children are home all day so there is a great need there. And then some of our families moved in other family members or whatever because they lost their jobs or had to be where other adults are in the house to look after children coming home from school. “

At Blessed Teresa of Calcutta, customer growth has added up to around 25% over the past few months. Randazzo estimates the pantry served 1,300 people in October alone.

Lucinda Perry Jones is the head of strategic initiatives for Operation Food Search.

This is in line with observations from food banks and other partners across the region, said Lucinda Perry Jones, director of strategic services at Operation Food Search. She has noted an approximately 40% increase in food insecurity rates across the St. Louis area during the COVID-19 upheaval.

At the same time, Perry Jones and Randazzo see the St. Louis parish take action to meet ongoing needs. In Ferguson, EarthDance Organic Farm School is just one organization that has made great strides and this year has donated more than 1,800 pounds of fresh produce to Blessed Teresa and other nearby pantries. That’s roughly the equivalent of 23,918 servings of product, said EarthDance founding director Molly Rockamann.

Not only does this influx help keep pantry volunteers from turning families away, but it also means providing families with “beautiful, organic, fresh produce that is not even grown a mile from our pantry,” as Randazzo put it.

On Tuesday in St. Louis on the Air, host Sarah Fenske spoke with Perry Jones and Rockamann about how community members are working together to meet some of the world’s greatest needs.

“[Donating food] is something we’ve been doing since the beginning of our existence, just not as much as we introduced it this year, ”Rockamann said of EarthDance. “Food security is absolutely important. 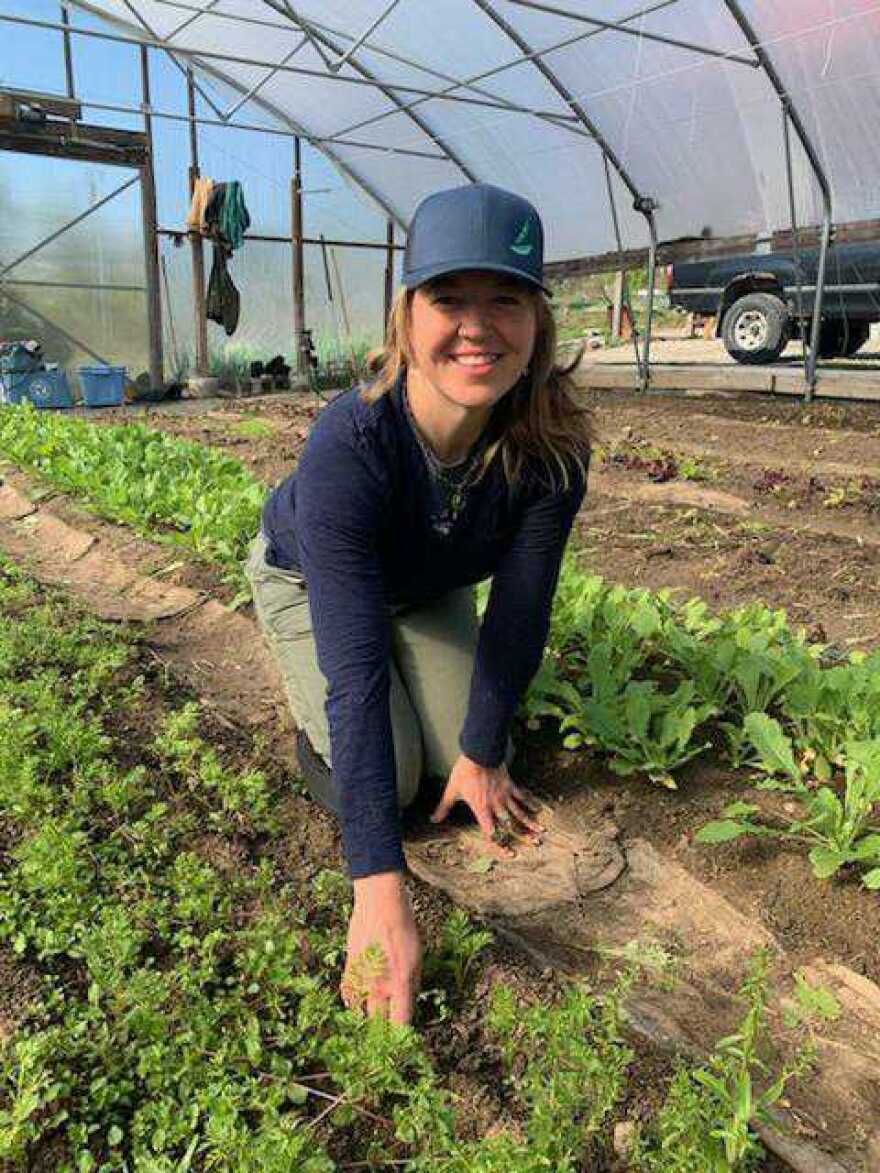 Molly Rockamann is the founding director of EarthDance.

“Our [focus since founding] First and foremost, it was about teaching people how to grow food for themselves and their communities as a school for organic farms. But this year we knew there was such an emergency need for food that we really wanted to do more in our own community to meet the need for food. “

Operation Food Search’s Perry Jones noted that having access to fresh produce alongside non-perishable items is critical to fighting hunger.

“We help feed more than 200,000 people each month through our partner network,” she said, “and we have been fortunate to have access to perishable food from both government and private sources during COVID.”

In the case of farms in the St. Louis area like EarthDance, Rockamann said that in addition to donations, they were also involved in making fresh produce more affordable in local communities.

“We also ran a vegetable-sharing program where people can come to Ferguson Farmers’ Market and pick up some of the vegetables at any price they can afford,” she said. “Which, in my opinion, also gives people some freedom of choice … for people who may not know it yet, you know, since the pandemic is putting so many new people in financial need, a lot of people are not being brought into the pantries where they are can get access to fresh produce. “

Perry Jones stressed that the COVID-19 crisis had a “profound” impact on food insecurity.

“The people who have been hit the hardest are children who are not in school, the homebound, older adults, [and] People living in rural communities are also suffering from food insecurity for the first time, ”she said. “So we’re seeing a lot of changes in family dynamics.”

As Operation Food Search and others work to meet the need, Perry Jones wants people to know the importance of their donations in kind and money.

The St. Louis on the Air team asked the audience for their top recommendations regarding resources, virtual food drives (like this and this version), and related efforts in the area.

Proposals included larger organizations such as the St. Louis Area Foodbank and Food Outreach, Urban Eats Healthy Kitchen in Dutchtown and MapleGood, a support network in the Maplewood-Richmond Heights community.

“St. Louis on the Air “tells you the stories of St. Louis and the people who live, work and create in our region. The show is hosted by Sarah Fenske and produced by Alex Heuer, Emily Woodbury, Evie Hemphill and Lara Hamdan. The audio engineer is Aaron Doerr.