Khanna’s Desi Vibes
Khanna’s Desi Vibes quietly opened this October in a warm and welcoming space designed by owner Pravin Khanna and his cousin Bobby Jaggi. Well-known favorites such as lamb rogan josh and butter chicken are offered alongside fusion dishes such as paneer tikka quesadilla, a flour tortilla filled with mozzarella cheese, paneer and grilled vegetables. Start with the traditional vegetarian samosas, which are served with a tamarind sauce and the tri-colored paneer tikka: cheese marinated in mint and coriander, tikka masala spices or a seasoned cream sauce, all cooked in a tandoor oven and served with mint and onions . Then be sure to order the outstanding main course: DV Veg Navratan Pulao, a rice dish that is cooked in cream and smells of saffron, cumin, coriander and chilli. Topped with raisins, cashew nuts and a mixture of crispy, tender vegetables, the pulao was perfectly executed. The Dal Makhani, a popular North Indian dish made of black lentils in a tomato sauce with ginger, garlic, and cream, was delicious too, especially when soaked with fresh butter naan and Amritsari Alu Kulcha, a flatbread filled with potatoes.
13724 Olive Blvd., Chesterfield, 314.392.9348, desivibesstl.com

The appendix coffee and groceries
From the owners of Frisco Barroom and Civil Alchemy, the Annex Coffee and Foods offers far more than just your morning cup. Homemade pastries and bread are served with locally roasted coma coffee. You can even sip cocktails while browsing the takeaway menu or shopping for the wide range of specialties such as canned fish, jams and fine olives. Try the light, fresh Moroccan chickpea salad made from shaved carrots, pistachios and shallots in a lemon and cumin vinaigrette. It’s a great addition to the Cuban sandwich that combines ham squat terrine, pork loin marinated with mojo citrus, and sweet and sour shaved pickles and peppers on a homemade baguette. While not entirely traditional, it’s a sandwich that even a Cubano purist might love. Be ready to leave the annex with something from the cooler for dinner, like homemade duck and sausage gumbo or potato pierogis.
8122 Big Bend Blvd., Webster Groves, 314.731.6329, theannexstl.com 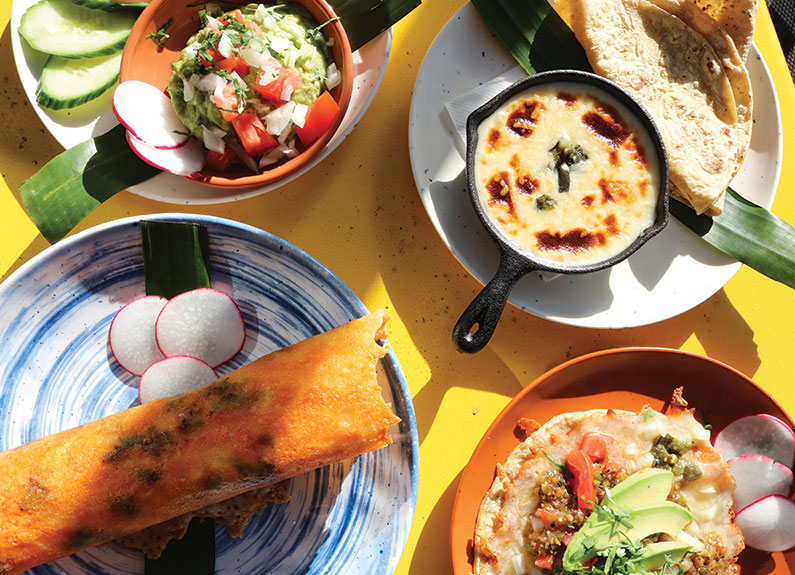 Diegos in the university town // Photo by Adam Rothbarth

Diego’s
We’re excited to announce that Diego’s, the team’s long-awaited Mexican cantina behind neighboring Frida’s, was well worth the wait. The co-owner and cook Natasha Kwan convinced us with well-executed classics such as creamy esquites (Mexican corn salad) and an incredible shrimp tostada with avocado mash, radishes, spicy pickled onions and super fresh crema. The tricks on the left included a flavorful and quaint barramundi fish taco and the massive, cylindrical queso chicharrones that wooed our local cheese lovers with their rich combination of queso chihuahua, monterey jack, and parmesan, and roasted chilies. University City restaurant prices may not be the first stop for the casual Taco Tuesday warrior – most tacos are $ 6 – but for those who can swing it, glad you stopped by.
630 North and South Road, University Town, 314.553.9906, diegosstl.com