Sauce Magazine – How to recreate a classic St. Louis brewery experience at home

How to recreate a classic St. Louis brewing experience at home

Normally I want to write something about brewery hopping for a beer edition or maybe deepen the offerings of an excellent place. but these are not normal times. Since I don’t eat out right now and not all breweries have patios to drink from, I decided to bring them to me instead of going to a few hip places around town. So I set out to create a classic home brewing experience by finding some of the coolest, funniest things our local scene has to offer and making sure they get together safely in a friend’s back yard for one evening.

In order to have a true brewery experience, I first thought about what the main components of a great brewery visit are, as it’s not just about the beer. While it’s impossible to completely capture the modern, bright feel of Rockwell Beer Co. or the seasoned warmth of the Schlafly Tap Room, you can definitely approximate them in broader strokes. I decided that planning for that night had to include four elements: ambiance, beer, food, and people.

People were easy going: I called a couple of my favorite dinner partners, and as soon as I mentioned beer and pretzels, we had a date in the books. Landing.

The ambience required a little more work. I started by thinking about what to expect if I went to a brewery. For one thing, fire was necessary because it was supposed to be cool on the evening we chose (and also because I love sitting outside in breweries). We wanted an airy, sporty atmosphere, so first we hooked up a huge projector and showed slam dunk compilations and old Super Bowl highlights on the side of their house. For the music, we made a relaxed playlist of songs by Fleetwood Mac, Paul Simon, Tom Petty, and other rockers from the past. My friends had a large German-style table in the back yard as well as some hanging lamps that didn’t hurt at all. When we started cracking cold ones, it actually felt like we were hanging out on the patio in one of our favorite spots. 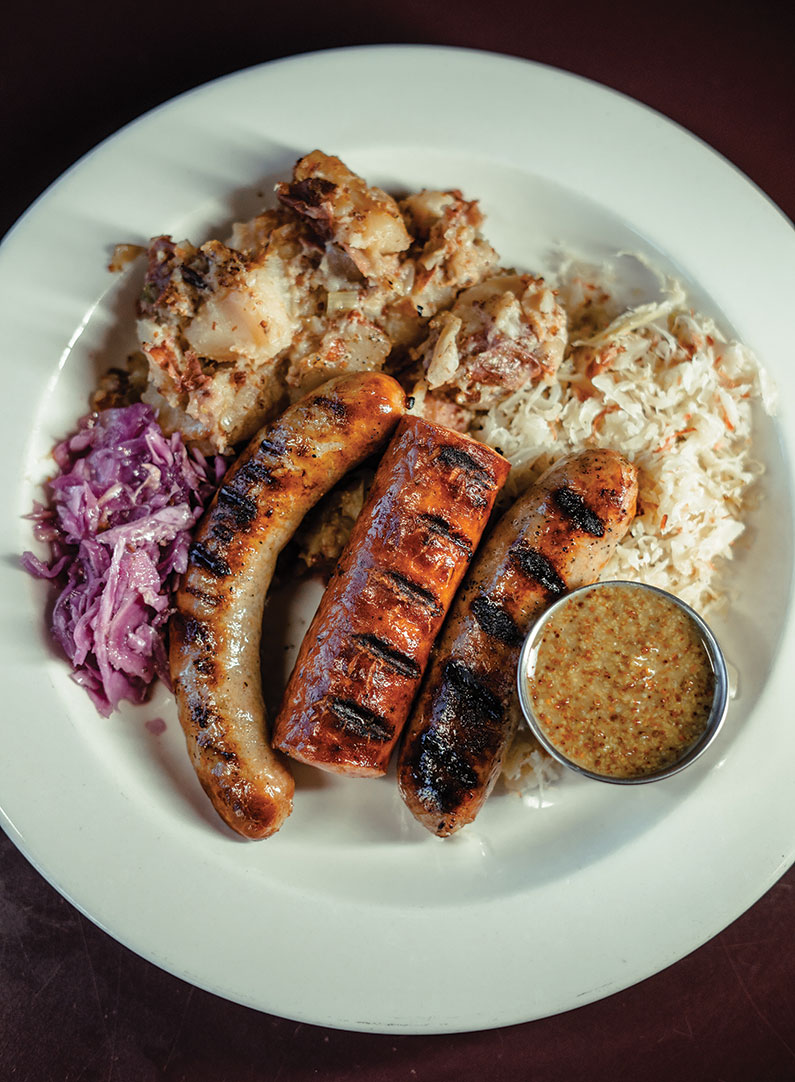 For beers and food, I really wanted it to feel like we were in a tasting room, so I included a mix of things that I either already love or wanted to try. We started on the lighter side with Schlafly’s delicious and attractively canned Park Lager and a coveted four-pack of the seldom brewed Scotch Ale, a dark caramel beer perfect for cool weather. Also part of the first round was the balanced Belgian joke from Main & Mill Brewing Co., which contains a flavorful mix of orange peel and coriander. We combined the first sip with hearty starters: onion rings and wonderful pretzel monkey bread from Perennial on Lockwood and rustic beer bread from Schlafly Tap Room.

Then we moved on to some heavier stuff. I had gone to Florissant earlier that week to get some cans from New England style IPA Masters Narrow Gauge Brewing Co. The Double Dry-Hopped Fallen Flag was refreshing, with a rich depth of the pungent, hoppy taste you would expect from the best NEIPAs. We also tried the Brummel, such a strange IPA brewed with lactose and cassia bark and ripened on blackberries and vanilla. Full of funky bitterness and waves of sweet fruit, it hosts a powerful and strange combination of flavors that hits like nothing else in town. During this round we also tried Schlafly’s sausage and cabbage dish, which contains three delicious sausages, a killer potato salad and some delicious beer mustard. To name a perfect combination with the Fallen Flag would be an understatement. 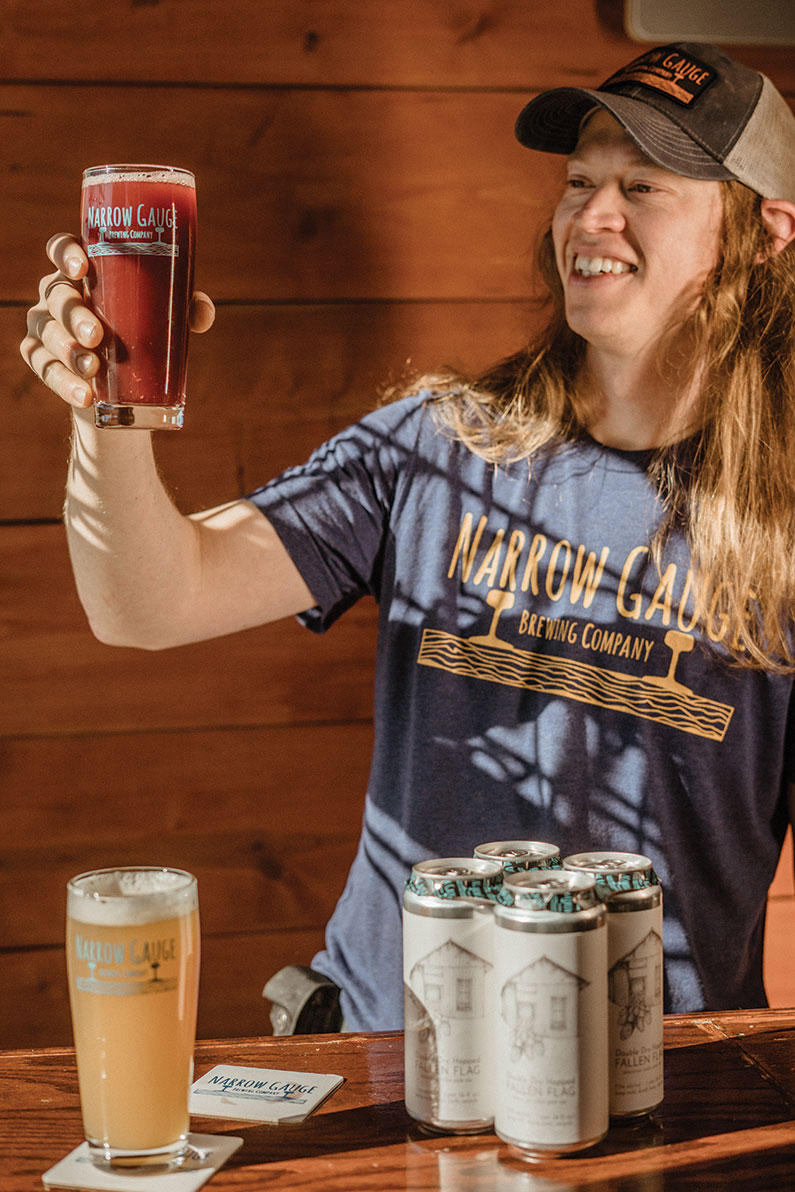 Filled and tired (and maybe a little drunk) from hours of bliss in the backyard brewery, we declined to continue beyond that point and sadly foregone the appetizing takeaway and bake pizza from Urban Chestnut Brewing Co./URB we went to Dessert We had planned alongside a Bourbon Barrel Aged Digestif from Modern Brewery Looted Art Imperial Stout. Fortunately, next time we have a solid foundation.