In March of last year, Deeann Phillips moved from rural Illinois to a camp near the Mississippi River in St. Louis – a harrowing experience that scared and isolated her.

“It was such a culture shock,” said Phillips, who relied on donated food and supplies brought to the camp by volunteers. “You can’t really take care of your health when you’re down there.”

After a few weeks, she made her way to the St. Patrick Center in downtown St. Louis and connected with staff on the Women’s Night Program.

The program dates back to the late 1980s and provides shelter and long-term support for homeless people struggling with mental health problems, substance abuse and domestic violence. Dwindling funds have left the shelter in a precarious position in recent years, but an influx of federal funding enables it to expand its capacity from 20 women at a time to 30 now.

The program was complete during the pandemic, manager Brandy Cheatham said. Last spring, residents moved from a shared living space at the St. Patrick Center to individual rooms in a former St. Louis convent and nursing home known as the Little Sisters of the Poor to self-isolate.

“It didn’t matter if someone left; The next day someone else came in, ”said Cheatham.

To expand operations, the St. Patrick Center received just over $ 435,000 in emergency coronavirus funding from the U.S. Department of Housing and Urban Development in October. The funds cover the cost of running the women’s night program until next February.

An additional $ 229,000 in grants funded the renovation of the second floor of the St. Patrick Center, which can now accommodate up to 30 women – half of them in private dormitory-style rooms. 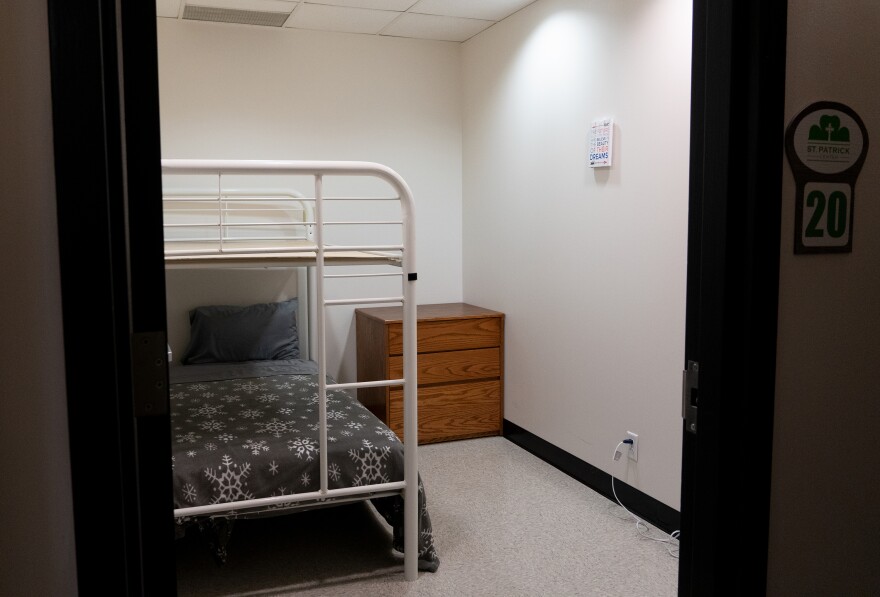 A recently renovated private room for the Women’s Night Program residents at the St. Patrick Center in St. Louis.

Unlike other accommodations in St. Louis, the program specifically focuses on women in high need who are affected by homelessness and who may have difficulty finding support elsewhere. In 2019, 88% of the population suffered from mental illness and half from substance abuse disorders.

Many of the women arrive at the shelter after violent attacks, Cheatham said.

“As a woman on the street you are more vulnerable than a man,” she said. “Many come out of the hospital because they were on the street and someone hit them over the head to take their purse. Without this security they cannot do it. “

At a ribbon cutting ceremony Wednesday, St. Louis Mayoress Tishaura Jones described the program as “an essential asset to the safety and protection of women in the city of St. Louis.”

Supporting vulnerable women affected by homelessness is “a preventive approach to public safety,” added Jones, rather than an arrest and detention strategy. 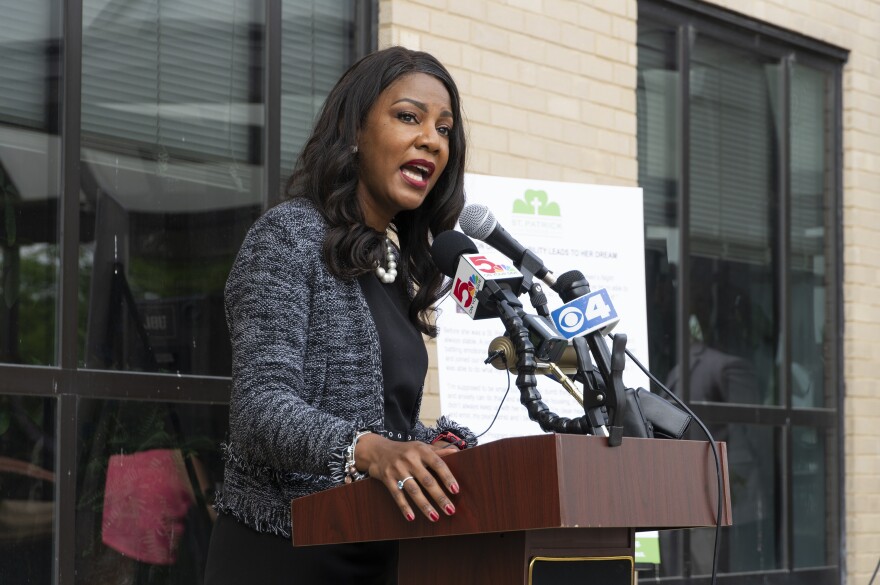 St. Louis Mayor Tishaura Jones, speaking at a ribbon cutting ceremony at the St. Patrick Center on Wednesday, praised the Women’s Night program as a preventive approach to public safety.

In addition to housing, the Women’s Night program offers case management and counseling, professional training, health care and assistance with finding permanent housing. Some women can move out in a few months while others take more time, Cheatham said.

“I tell them: If I send you out, I want you to have a nest egg; I want you to know how to budget, ”she explained. “That is my goal to make sure you leave prepared when you leave here. I want you to visit us and tell me your success story. But I don’t want to see you here in six months. “

Deeann Phillips is eagerly planning her next move in over a year with the Women’s Night Program. She worked with staff for months to secure copies of her birth certificate and social security card, as well as health care.

Phillips hopes to be able to move into her own apartment within a few months – even if the other residents of the shelter feel like family to her.

“I’ve come a long way since last year and now I can help others who come in here,” she said. “I know how difficult the transition can be and how scary it can be. We care about each other. “

Bommarito sons step away from dealership to build new legacy