The updated plans for South Market Street include a team store, fan pavilion and club headquarters

In addition to three practice fields and a training and performance center, the updated plans for south of Market Street include a team store, a fan pavilion and a club headquarters.

“Our updated stadium district plan not only gives us a special home advantage by creating a central hub for CITY, it also expands our presence and will continue to act as a catalyst for more development in Downtown West,” said Carolyn Kindle Betz, executive director of St. Louis CITY SC.

The updated plans include:

St. Louis-based architecture firm HOK and Julie Snow, co-founder of Snow Kreilich Architects, worked with St. Louis CITY SC’s sports director Lutz Pfannenstiel to incorporate features and amenities that, according to a press release, make for the ultimate in sports Training and performance should provide.

“A key element in building this team from the ground up is creating an accessible and state-of-the-art training facility for our players,” said Pfannenstiel. “We were very careful to have our first team and our academy teams in the same training facility to give our young academy players an insight into what they are training for. This will fuel their motivation and ambition as we work to build the best academy and development system in North America to continually bring high-level talent to our first team. “ 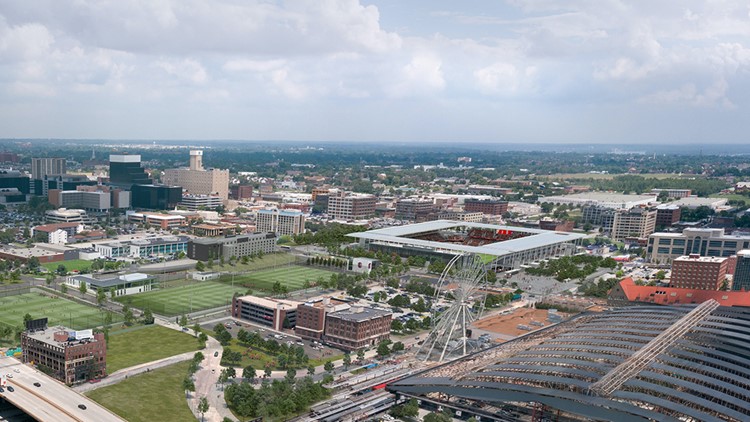 The design team was inspired by training centers in the Bundesliga and Premier League, including Hamburg and Manchester City.

The first team locker room is located at the central hub of the training facility and offers players quick access to training fields, the weight and cardio room and other health and wellness facilities. Players have access to a high-level recreation center, including hot tubs and cold tubs for hydrotherapy.

The club offers first class restaurants to players and staff. The dining area is open to members of the first team as well as the academy and offers aspiring players the opportunity to “see how the professionals eat for top athletic performance”.

Since the groundbreaking in February 2020, the construction team had completed more than 230,336 trading hours by January 26th.

The training center, team pavilion and team headquarters are scheduled to be completed around the same time as the stadium in 2022.

Carjacker tossed 1-year-old out of vehicle in St. Louis

The best doughnuts in St. Louis