A few blocks south of Hyde Park in north St. Louis, near Highway 70, contractors are gutting a row of old apartment buildings that have been vacant and boarded up for years.

These former pesky properties are on their way to becoming charming two-family townhouses. Michael Woods, co-founder of the nonprofit Dream Builder 4 Equity, hopes they will help draw people back to this part of town. It’s one of many Northside neighborhoods that have been severely neglected by developers for decades.

A lifelong resident of Hyde Park, Woods is developing a new neighborhood-based community development strategy that he wants to replicate across the city.

The city’s economic development branch known as the St. Louis Development Corporation is in the process of adopting a new approach. The aim is to move away from a top-down model that historically focused on helping developers with their plans. Now, for the first time in decades, it has its own strategic plan that focuses on building entire neighborhoods at once.

The city still has a long way to go in fulfilling its promise that equity and inclusion will be at the heart of this new approach, according to groups already working on inclusive development in neighborhoods. But many hope that this will be the turning point.

In the Hyde Park neighborhood of northern St. Louis, a lot is community driven. Non-profit Dream Builders 4 Equity is renovating several old apartments and a daycare center. The founder of the Hyde Park Neighborhood Association is turning an empty building into a meeting place called Apiary @ the Park.

“We want this neighborhood to change, but we want it to be done right,” said Woods. “We want to make sure the community is engaged and has the greatest say in everything.”

He has worked closely with the Hyde Park Neighborhood Association, which helped the nonprofit acquire certain properties that residents have complained about. This includes an old daycare that Dream Builders is planning to restore so the daycare can return, as well as a new education center.

The major goal of the nonprofit is to complete five building renovation projects per year over the next five years and renovate seniors who live in the community for free.

Money is also being provided to cover the cost of higher taxes for existing homeowners so they don’t get priced out of the neighborhood as more development comes into the area.

Woods said work is about more than repairing buildings. The project also provides jobs for minority contractors and dozens of young people who want to learn the trade and work towards home ownership.

“We’re definitely trying to tackle this in a holistic way,” said Woods.

Let the residents lead the change

She is the executive director of Invest STL, an organization that helps community leaders and developers work together on neighborhood change with an emphasis on racial justice.

Eskridge, a city planner by profession, said the city had no choice but to change its strategy. She said the old approach is not working and that the city is now facing a critical moment.

“Where we have this little window of time to make really big, bold, almost like historical corrections, but we have to be ready to step through that opening,” she said. “But the other part of it is whether or not our conventional brokers and structures agree that this is something we should be doing. The fact is, it is a must for our region to grow.”

Eskridge said part of the problem is that many residents, especially those who live in mostly black neighborhoods, have had traumatic experiences with the development. She said it felt extractive rather than collaborative and that it is difficult for people to trust the city now.

“We need to let other people in, especially those who are on the side of the economic losses in our region,” she said. “If they are not at the table to work out solutions together, we could very well restore this whole system of inequality.”

Another organization, WEPOWER, is helping residents figure out how to get involved.

Shemia Reese, a resident of the Jeff-Vander-Lou neighborhood, attended the Economic Justice Group’s power building academy last year. She said it helped her figure out how to speak more effectively about developments in her community.

“Because some of those emotions have been bottled for so long. When they come out, it’s like a volcano that just erupted. So you can’t distinguish between passion, anger, pain or the question of whether they really want to change something, ”she said.

Reese feels like she hasn’t been in the conversation for a long time. While she is hopeful about the city’s new approach, she has one key requirement. 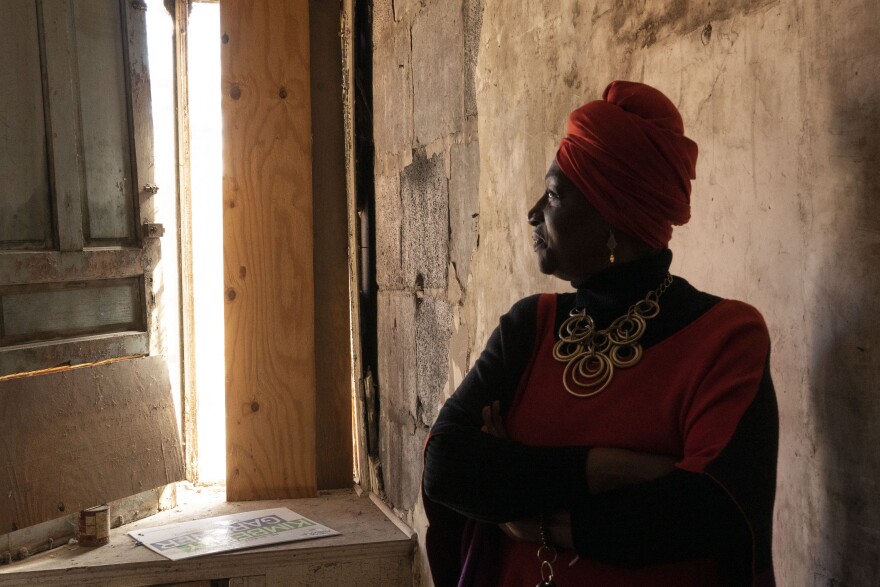 Fatimah Muhammad looks through a crack in the window of an empty building she bought one block from Hyde Park. She sees it as a neighborhood meeting point that provides entrepreneurs with fresh groceries, coffee and space to collaborate.

“We make it possible”

Fatimah Muhammad doesn’t wait for great developers to come up with their ideas.

She founded the Hyde Park Neighborhood Association a few years ago and became a developer herself. At first, she said her husband was skeptical of her idea of ​​buying a run-down building a block from the park and setting it up as a meeting place for the community.

“We’ll do that,” she said to her husband at the time. “There’s a problem in this community, we’re not running away from it. I’m not going to walk around my neighborhood with blinders on, so we’re going to buy this building. “ 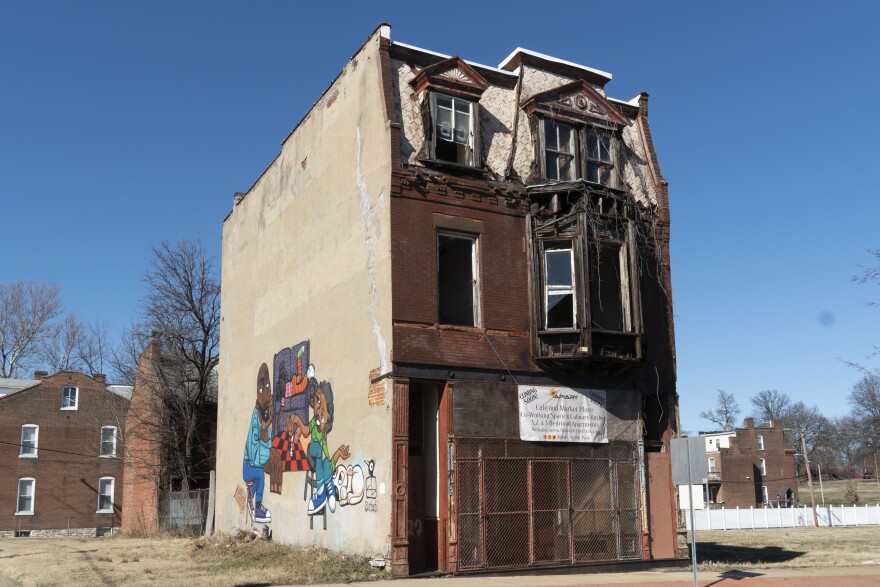 Fatimah Muhammad is renovating a former vacant building one block from Hyde Park into a meeting room she calls Apiary @ the Park. She said it would feature fresh groceries, beehives, and more.

The pandemic has delayed the renovation, so that the old post office is still mostly boarded up. But Muhammad has a clear vision for what she said is known as Apiary @ the Park.

Inside, she said, it will house the Be Well Cafe, a coworking space, a test kitchen for food entrepreneurs, and apartments on the second floor. Outside, Muhammad introduces a food truck park alongside a courtyard seating area, an art showroom, and communal beehives.

“Well, it’s not coming. We make it possible, ”she said.

Whether the city is committed to inclusive development or not, these organizers tell the community that they will continue to push for residents to drive change in their neighborhood.

St. Louis companies share how offices are changing amid pandemic