St. Louis Is One of the Top 5 Hockey Cities in the Nation, Study Finds

Yes, St. Louis is a baseball city. But a new study officially proves that we are also one of the best cities for hockey.

In honor of the Stanley Cup finals, the financial website WalletHub published a study on Wednesday with the listing “2017’s Best Cities for Hockey Fans”. The website ranked 72 cities across the country into two categories – professional hockey and college hockey – based on nineteen factors, including stadium capacity, ticket prices, and of course, the performance of each city’s teams. The cities were then placed in an overall ranking.

And hey! St. Louis came in at number 5. Not quite as good as our baseball ranking, but given the number of cities studied, it’s clearly something to be proud of. (Go blues!)

And we know you’re asking yourself: who won the best city in the country for ice hockey fans? The award goes to Detroit, followed by Boston, Pittsburgh and Anaheim.

Below is a ranking of the top 20 hockey cities. For more information and to see where all 72 rank, visit WalletHub.com. 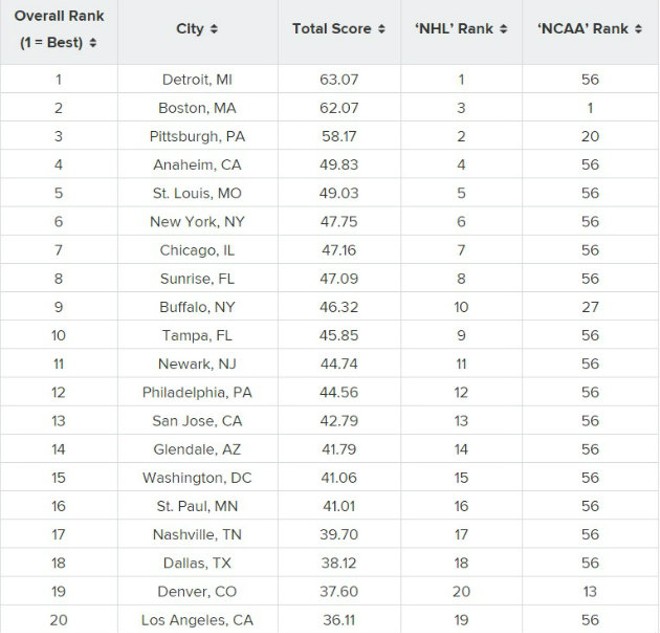