The long dormant younger sibling of Bevo Mill has new owners who are renovating the historic clubhouse and planning to reopen it as an event space.

Nick Fruend, who closed the room with his father Todd Fruend earlier this month, says they will do the job in three phases and hope the main hall will be open this summer.

“It’s probably got a couple of decades of delayed maintenance before we can start doing the fun stuff,” says Fruend during a recent tour of the building. 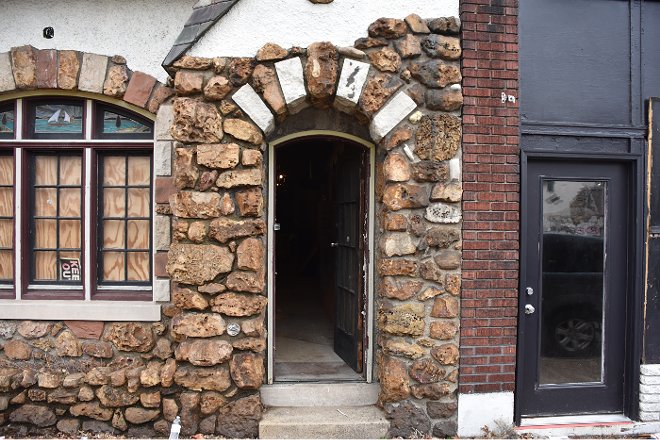 Across Morganford Road across from Bevo Mill, the Tudor Revival style building was built in 1924 for C. Henry Dietz, who operated Bevo Mill for the Anheuser-Busch family according to a historic district application. Like the mill, it looks as if a piece of Germany with its stone and stucco facade, slate roof and sloping gables has fallen into the southern St. Louis district.

The mill, a tavern and beer hall built for the beer baron August Busch Sr., was beautifully restored in 2017 and reopened as Das Bevo by Carol and Pat Schuchard. At the time, they informed the RFT that they were also interested in Little Bevo but couldn’t connect with the owner. And so the building sat quiet, boarded up and empty. 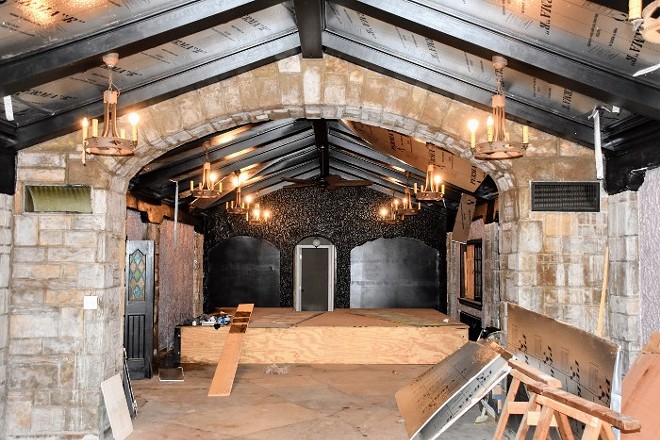 That recently changed when it went on sale this summer. Fruend says he has always been passionate about bringing old buildings back with his father and grandfather. His grandfather passed away last year, but he and his father carry on the enthusiasm. He sees Little Bevo as a special gem.

“This one just flew under the radar,” he says.

The arched front door leads into a long hall with high ceilings. Fruend says they plan to cover the ceilings with wood between the heavy, dark wooden beams, which gives it an even more dramatic look. Around the corner is a spacious bar with embossed metal panels. Curved stained glass windows are retained. 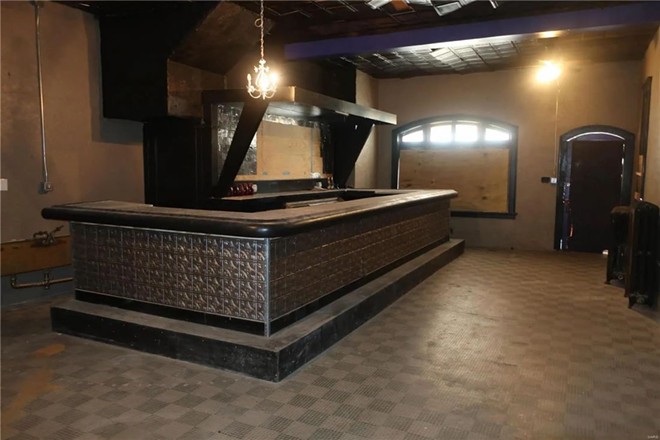 At the back of the building is a warehouse that Fruend says will be tackled in a second phase, and a three-bedroom apartment above that could be converted into an Airbnb getaway in a final phase.

While the history of the Bevo Mill is part of Budweiser lore, Little Bevo is more mysterious. Fruend has heard stories that it acted as a private meeting place for some of the mill crowd.

“A lot of speculation because nobody knows exactly what was going on here,” says Fruend.

For example, there is the cellar. It’s gotten worse over the years, but it’s clear it wasn’t a damp afterthought. Five-inch moldings adorn the walls above a ballroom floor that matches the upstairs hall. According to Fruend, there are rumors of a tunnel between Little Bevo and the mill, although he has found no evidence. 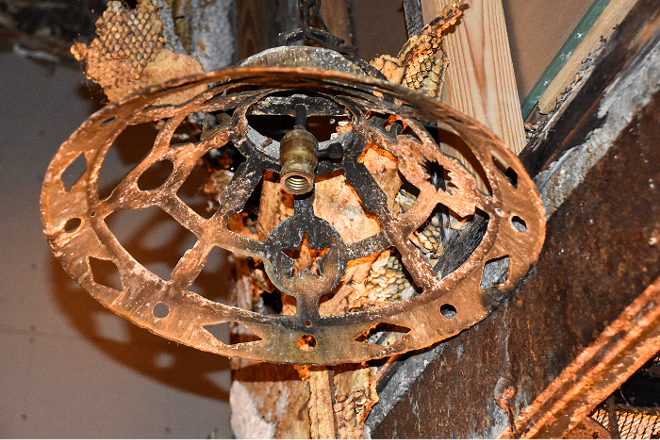 Work on the ground floor has already started.

“There are some contractors that we have reached who are very happy to be involved because it is a historic building,” says Fruend.

When it’s ready, they expect private events and regularly open it to charities to help local organizations.

“Everyone is excited about it,” says Fruend.

St. Louis County Teachers Get Their Own Mass Vaccination Event