Basiyr Rodney values ​​the feeling of normalcy that has returned to his mosque this Ramadan. Last year, the pandemic forced mosques to close their doors, but since vaccines are widespread, people are more comfortable meeting in person at their places of worship.

“It’s a little more normal than it was from the standpoint that at least people gather in really small groups,” Rodney said. He is the director of the Baitul Hafeez Mosque in northern St. Louis.

Many Muslim leaders assure people that it is permissible to receive the vaccine during Ramadan, even if it means abandoning the traditional fast, where people do not eat or drink from sunrise to sunset.

Muslims in St. Louis are finding new ways to celebrate Ramadan during the pandemic

“In this particular case, it’s a health problem where you know you are going to be taking a drug that can affect your body in certain ways. So you need your fluids, you need your food. As a result, you give up [fasting] that day on that basis, ”Rodney explained.

The holy month of Ramadan started last month and in the past three weeks many Muslims have increased their religious observance, charity work and self-reflection. In addition to fasting, people refrain from unclean thoughts, smoking, and behaviors such as swearing, clapping, or fighting.

Rodney said there are several ways to participate in the holy month, regardless of ability to fast. Often times, Muslims set goals for themselves: some aim to read the entire Quran during the month, while many increase their volunteering or become more patient.

“They are kind of an indicator of the kind of progress you want to make in your own spiritual life,” he said.

While the month is devoted to self-discipline and self-improvement, a strong community who participates in religious obligations builds morale to pass the trials that come from fasting. People often hold large gatherings in homes or mosques for iftar, the meal that breaks the fast at sunset. Afterwards, groups gather in the mosque for taraweeh – special, long prayers that are specifically offered during the holy month.

When the pandemic raged last year and Islamic centers closed their doors, people limited their contact with friends and family. An atmosphere was created that is the opposite of what is usually a communal time.

This year, the pandemic still presents challenges to normalcy, but St. Louis Muslims are making a concerted effort to keep their traditions alive. For example, St. Louis parishes typically hold free potluck iftars. But this year, many mosques are not hosting dinners to prevent large gatherings.

This does not prevent Umar Lee from finding a sense of community during Ramadan. He is a member of Thursday Night Class, a self-help group for Muslim converts.

Instead of large gatherings, Lee’s group meets every night at the West Florissant Masjid in Jennings to break their fast. They gather in the parking lot and distribute their dinner on the hood of their cars.

Lee said iftars in Islamic centers are unique to St. Louis, while Muslims in larger cities like Washington DC and Dallas are more likely to go to restaurants.

“You have all of these hidden buffets; $ 20, $ 25 all-you-can-eat [meals.] It’s like a real corporate climate, ”he said. “In St. Louis we have a tradition of iftar im [mosques] every night – free of charge. This is a Muslim tradition in St. Louis, in the large and in the small mosque. “ 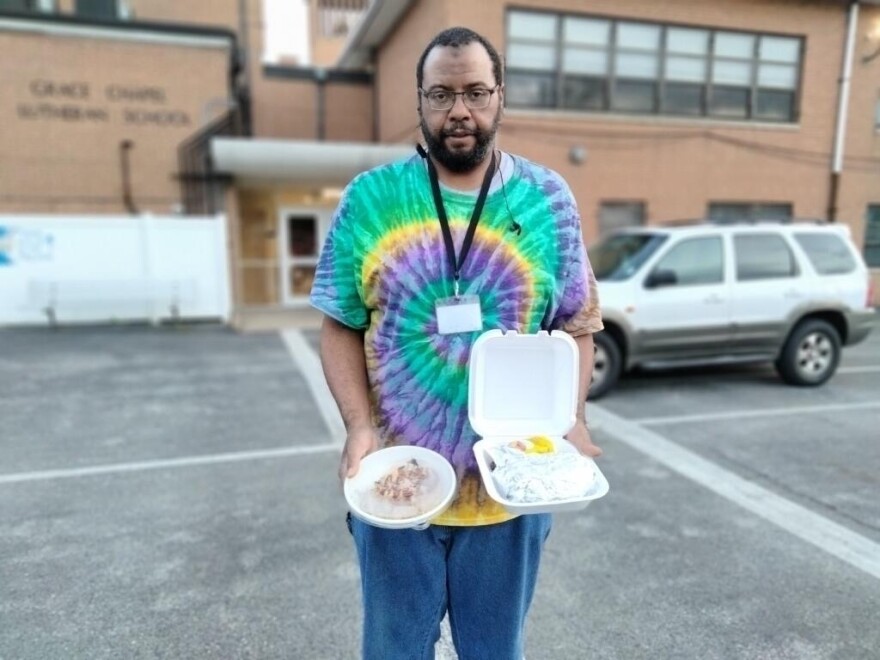 He stressed that the free iftars in mosques are especially important for people who are poor, do not belong to any Muslim community or are not part of the family during Ramadan. Lee’s friend, Chef Ben Poremba of the Mediterranean restaurants Elaia and Olio, offers meals free of charge each evening and provides extra meals for other needy people.

The group’s taste buds travel around the world: the gourmet dishes include doner kebab, couscous, lamb and much more.

“One of the interesting things about Islam in America and the Muslim community … is that the community is so international and so diverse that a guy like me from northern St. Louis County … [became] I am used to eating mansaf (lamb cooked in yogurt), various Palestinian dishes, and various Pakistani and Bangladeshi dishes, ”he said. “It opened our taste buds to all of these different dishes and tastes.”

Other aspects of Ramadan 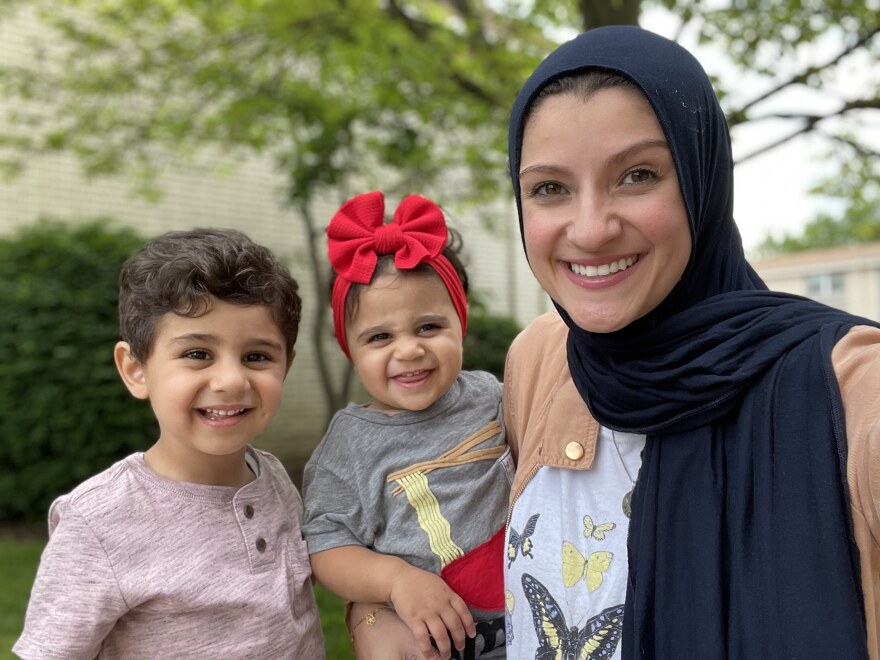 (LR) Kareem and Ahlam with their mother Amaly Yossef.

Practicing Islam in a non-Muslim majority country is a challenge. But Ballwin’s Amaly Yossef said she saw companies and organizations have made more concerted efforts to recognize Ramadan in recent years. For example, Party City was their go-to for the Ramadan decor, which now has Ramadan-style lights, banners, lanterns and more.

Yossef is the mother of two young children and has decided to improve the Ramadan decor in her home. The standout piece is a huge crescent-shaped artificial Christmas tree that is adorned with lights and ornaments. Her three-year-old son Kareem picked out some of the ornaments: a dinosaur, a camel, a donut, and a llama.

Even though their children are young, Yossef said the extra celebrations around the house make them much more aware of what is going on.

“We teach [Kareem] What fasting looks like, what we do in Ramadan, how important charity is, zakat. And so he’s excited; to understand that we receive gifts and spend time with family. And so really just read a lot of books, watch a lot of videos and put in the decor for them, ”she said.

Zakat is the Arabic word for the alms that Muslims must give in Ramadan if they have the financial means.

Shayba Muhammad is a metal smith and the owner of Mahnal, a brand of brass jewelry designed to encourage deliberate living. She is donating her winnings this month to Fit & Food Connection, a St. Louis nonprofit that provides people with access to healthy eating, fitness classes, and wellness education.

“One of the things I really love about Ramadan is that we have the opportunity to only remember our brothers and sisters who don’t have regular access to food,” she said.

Muhammad added that while fasting in Ramadan gets a lot of attention, the concept goes beyond physical limitations.

“It has a connection to everything else we do in our life. I’m just watching my discipline be sharpened … in other areas that are not related to my diet or what you would think of when it came to Ramadan, “she said.” It only sharpens you in that way many areas in other ways and it enriches life in so many other ways. “

“St. Louis on the Air “tells you the stories of St. Louis and the people who live, work and create in our region. The show is hosted by Sarah Fenske and produced by Alex Heuer, Emily Woodbury, Evie Hemphill and Lara Hamdan. The audio engineer is Aaron Doerr.