Gerard Craft was one of the first restaurateurs to completely shut down its restaurants when the novel coronavirus pandemic broke out. On March 16, the St. Louis, Missouri-based chef said that even takeaway and delivery was too great a risk for his employees.

But he didn’t go out of business.

The operator of the niche food group with seven units had to keep the Cinder House open because it was in a hotel – the Four Seasons St. Louis – and he used his group’s resources to partner with the North City Food Hub and Providing free meals to people in need.

But he also had other irons in the fire in the form of consulting work.

“There are many projects that need to be taken forward and they want as many people as possible to think outside the box so that these things work and find out what is going to happen, ”he said.

This includes ongoing work with The Four Seasons as well as the St. Louis Football Club, the city’s soccer team building a new stadium, and the Angad Arts Hotel.

His latest project is an appearance at City Foundry STL, a former engine and generator factory being converted into a food hall and public market, with Craft as culinary director and consultant.

Craft said they are revising the project in the age of social distancing and making sure that unlike some dining rooms, there aren’t many people for lunch and dinner, but a steady stream of customers who aren’t just there for a meal.

“We’re moving more of the food hall to the public market side, including things like a butcher, a cookbook store that also teaches lessons from the writers, a farmer with a stall, and restaurants,” he said.

They are also working on City Foundry’s app, which will allow customers to order in a single order at any of the downstairs restaurants, and are developing outposts in office buildings where all meals ordered in the morning can be placed in a single order for lunch delivery. 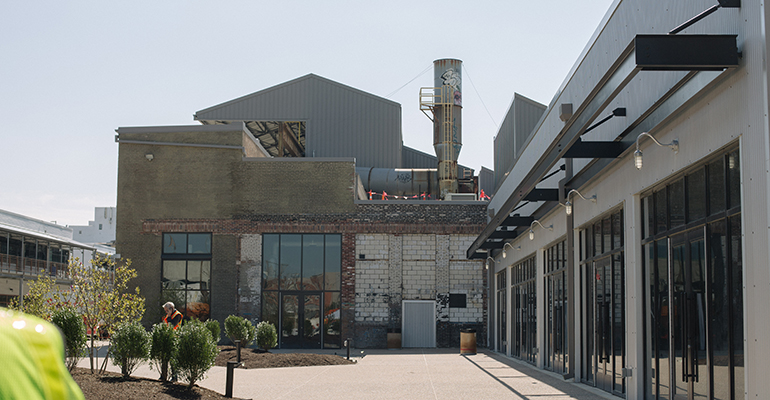 City Foundry STL is a former engine and generator factory being converted into a food hall and public market.

Craft said he and his team did some consultations before the pandemic. “We really doubled in size during the pandemic because we want to employ as many people as possible and keep our leadership team busy. Because they’re essential to business, but they need more [work]. ”

Ultimately, Craft also reopened some of its restaurants after engaging with other restaurant groups about the best ways to do business while keeping everyone safe.

“We will have to deal with it forever,” he said of the novel coronavirus. “At some point we knew that we would either have to operate or die. Luckily we were in a strong place where we lost so much money [by closing in March] Didn’t get us out of business, but it only takes so long. “

Craft changed its approach a bit, requiring the wearing of masks and social distancing, among other things.

“The way I try to think about hospitality now, and the way I talk to my team, cares about people: making sure people are safe. I think if you show that you care about both your staff and your guests by following these rules and taking them really seriously, it is the strongest display of hospitality right now, even if there are a handful of people who do don’t do it. “

It’s an odd change for the hospitality folks, just like masks take getting used to, he said.

“Masks have been a sign of danger for years. Someone is walking up to you in a mask, you are likely in a hospital or being robbed, ”he said. “And now it has to be a sign of security. As if someone is wearing a mask, I feel safe, I feel warm, I feel good. And that only takes a minute [to get used to]. ” 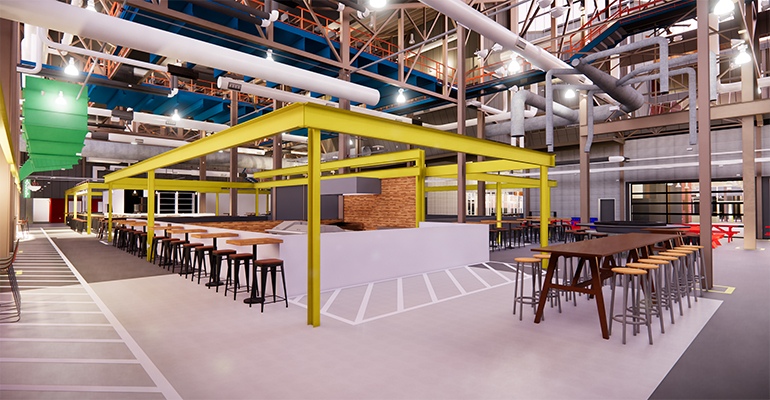 With the City Foundry app, customers can order at any station in the grocery hall.

In hotels, even more so than restaurants, “they are so hospitable and say ‘yes’ to almost everything,” he said. “We had to teach the hotels how to say a little no. You need to implement rules for these people, even if you usually don’t. “

He said The Four Seasons actually needed to hire two additional terrace security guards to keep people in their seats and to make sure they wore masks when they weren’t seated. “Because the first week they tried it was so hard to control opening.”

Craft said that reopening his restaurants during the pandemic gave him the knowledge that other businesses need him and will pay for it.

“We’ve been through these things since we reopened our restaurants. We have so much information and real experience to give to people. And then train to make sure everyone understands why we’re doing this, ”he said.

“We have one person on our team who deals with security practices. He made sure that every restaurant we reopened is trained in all safety standards and actually implements them. Our CFO can think about the structure of a new restaurant business – which really makes sense with all the distance and everything, ”he said.

His culinary team can check menus to see what is inexpensive and possible in a socially distant kitchen. His bar staff can develop strategies to pre-dose some cocktails and make other drinks easier to prepare during service.

Craft is an established leader in the St. Louis dining scene, but said the expertise of restaurant owners is in demand.

“I have a feeling restaurants are probably better than any government organization in figuring out how to protect each other,” he said. “Of course we were very lucky with the position our group is in, but I think a lot of it came from talking to someone.

“Maybe you have a connection or you know someone in one of these situations [projects]. Sometimes it’s just about letting people know that you are open to this service. Everyone is really stressed right now. And just say, ‘Hey, do you need help? Reopening or whatever, we’d love to be a part of it. We can find out how the finances work, but we’d love to work with you. ‘“