‘This Is Not A Celebration, This Is A Continuation’: St. Louis Activists React To Chauvin Guilty Verdict

The jury found Chauvin guilty in all respects of Floyd’s murder last summer.

Several dozen activists chanted “It’s Not Over” and “Black Lives Matter” over the roar of car horns as they blocked the intersection of Market Street and Tucker Boulevard. Some cars drove around the activists and police vehicles later blocked the streets for traffic.

Rev. Darryl Gray, who led or participated in dozens of protests over the past year, said into a megaphone, “Just because you’re caught doesn’t change culture.”

“This is not a celebration, this is a sequel.”

Gray said he was celebrating the inauguration of Tishaura Jones Tuesday as the city’s first black woman to become mayor, but he said the Representation “won’t change the system.” He urged activists, especially young people, to continue advocating for justice and a change in policing. 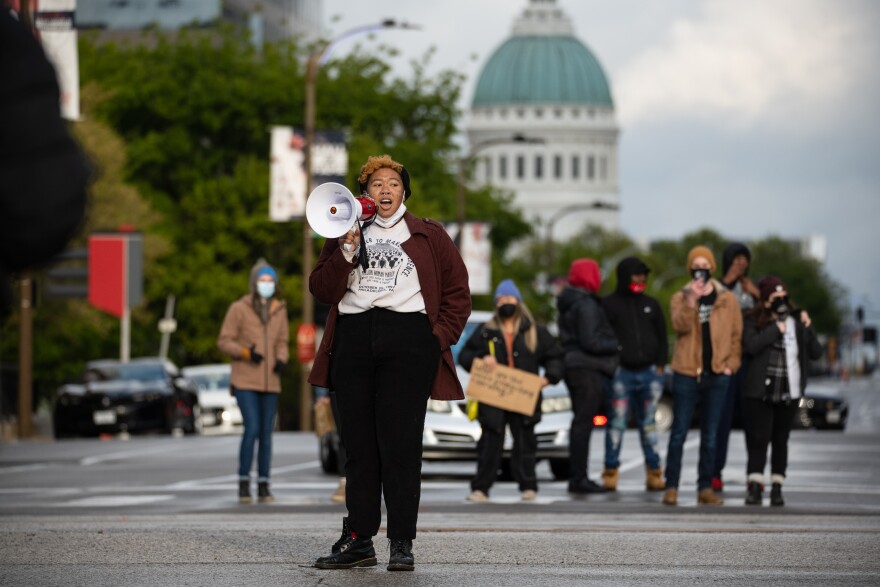 “I want St. Louisans to decide how we can use this energy and turn it into demands for justice and the abolition of our own police force,” said 20-year-old St. Louis activist Ishmaiah Moore.

He speaks of people like 20-year-old Ishmaiah Moore, who protested on the street.

Moore said she came to speak at the gathering and support others because she believes it is important for people who want to respond together to unite in one city.

“I don’t think the courts will bring justice,” she said in an interview. “This is a step forward and a long way to go.”

Moore said it is important that people find joy where they can, but she hopes St. Louisans will turn their energies into demanding justice from their own law enforcement agency.

“I want St. Louis to know that the fight we started for Michael Brown is going on, and only to keep that energy going,” she said.

Eighteen-year-old Marquis Govan, who also spoke at the meeting, said the verdict was a victory. But he doesn’t want people to forget that St. Louis didn’t see that kind of accountability. 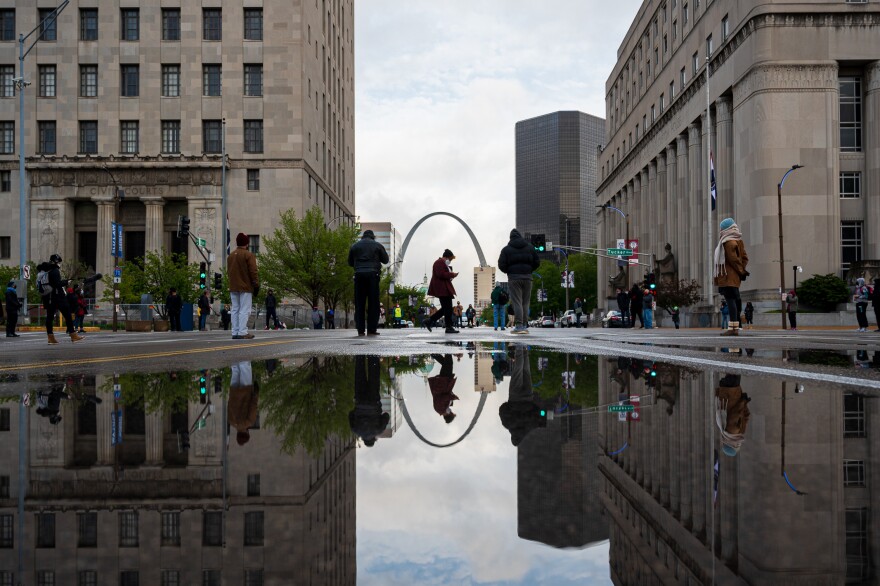 A few dozen activists prepared for wintry weather to temporarily block a downtown intersection Tuesday evening while passing a megaphone between the speakers. They called for further measures for racial justice.

He said St. Louis still faces many challenges with inequality and police brutality.

“It is very important that we redefine public security to serve the people and invest in people’s communities because the police force is a reactionary response. They arrive after a crime has already taken place, ”he said. “We need to start investing in the most marginalized places in our community and that’s how we fight crime.”

Just as Gray was beginning to wrap up the evening with some final thoughts, Rep. Rasheen Aldridge, D-St. Louis, the crowd of activists clapped and danced.

“You don’t see a policeman go to jail too often. You don’t see a mother who doesn’t come home at the end of the day, but at least the pendulum swung and said ‘guilty’ and said he would go behind bars. Because Darren Wilson and so many others we’ve seen didn’t. “

Many other St. Louis area leaders have weighed the verdict on Twitter and elsewhere, including Jones and St. Louis Police Chief John Hayden.

Jones said in a statement that she is relieved to finally see the consequences when officials violate the trust of people they have vowed to protect.

“We will not become complacent, however, as we still have a lot to do to further transform the Department of Public Security and rebuild relationships with our communities,” she said.

Hayden said in a statement that he supported the judgments.

“Now is the time to begin the process of repairing the broken relationship between our department and the communities we serve,” he said.

“Black people in this country, everything we ask is our life,” she said. “That was accountability, but it is not yet justice. Justice saves lives for us. “

Reporters Jonathan Ahl and Kayla Drake contributed to this report.