What’s it Like Being Part of the Imo’s Dynasty in St. Louis? An Heir Explains

Many things mean childhood to us. Maybe it’s our favorite toys, memories of our children’s homes or even cartoons on Saturday mornings. For Emily Imo, however, it smells like freshly baked Imos pizza.

Emily, a junior marketing student at Saint Louis University, is an heir to the St. Louis-based pizza dynasty. She grew up in Fenton, surrounded by her large family, and believes that her childhood was as average as possible. Except, of course, for all the questions she was asked about her last name.

She could always expect questions when starting a new semester or meeting someone new. Whether it was “are you the Imo?” or “Imo like Imo’s pizza?”, the reaction was always the same – “Can you get us free pizza?”

Despite being a king in St. Louis, Emily spoke of her family’s humble background and dedication to making a name for herself in that town. Ed and Margie Imo, Emily’s grandparents, saved $ 1,500 over five years to open their first Imo’s pizza restaurant on the hill in 1964. Imo’s was unique for their delivery system and for the use of Provel cheese. The famous family has since opened more than 100 restaurants in Missouri, Illinois and Kansas. 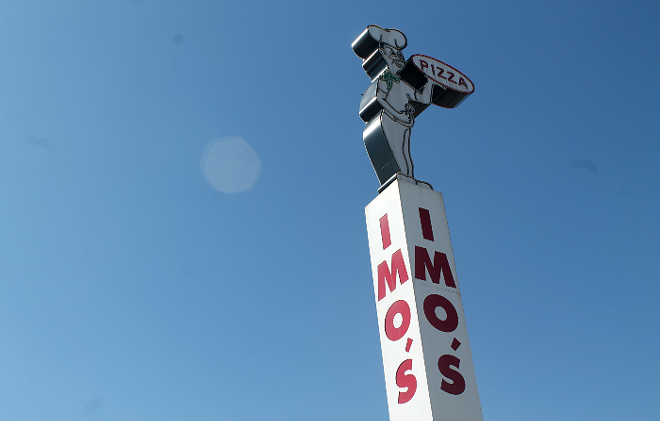 A mix of Provolone, Swiss, Cheddar cheese, and liquid smoke, Provel has emerged as a landmark of St. Louis culture since the original Imo’s Pizza opened. Locals are now defending the pizza topping with their lives against the plethora of critics who equate its taste with glorified cheese whiz.

The pizza’s crispy cracker crust and creamy Provel cheese have tasted like home to many St. Louis residents, including the Imo family, during the chain’s 57 years of operation.

These days, however, Ed finds joy in his garden and Margie finds joy in cooking dinner for their large family. Their six children and grandchildren have taken on more prominent roles in the family business, either by working at their downtown St. Louis corporate office or by running their own franchises.

Emily could also find her place in the marketing department at Imo’s corporate headquarters a few years after graduation. For now, however, she is waking up in her dormitory, signing up for online classes for the day, heading to training with the SLU volleyball team, and doing homework at night.

She tries to sneak home to Fenton whenever she can, especially for Wednesday night dinners with her entire family. In times before COVID, everyone gathered in the Imo’s house for a homemade meal and a game of hide and seek with the cousins ​​around the property. Her father would join in and take things to the “absolute extreme,” she says.

On these nights, Margie cooks fish that the family caught on their fishing trips, pasta dishes, barbecues and more, although “rarely pizza,” says Emily. “My grandma is a great cook so she would do anything you can honestly imagine.”

In fact, Emily hardly ever eats free pizza unless her father brings her home from work.

“I would never go to a store and expect free pizza because everyone works just as hard and just because my name is on the sign in the store doesn’t mean I should deserve royal treatment,” she says.

Whenever she has the chance to eat it, she has her favorites. She recently got a kick with sausage and green pepper. However, the student, whose name is synonymous with St. Louis-style pizza, doesn’t really feel loyal to this namesake.

“I love the pizza, but it’s just pizza to me,” she says. “Sometimes I just want pizza – it doesn’t matter where it’s from. I think that bothers people because I’m not very picky. ”

Even so, Provel holds a special place in Emily’s heart. She uses it for mac and cheese, sandwiches, and pretty much anything she can put cheese on as they keep an abundance of them at home.

“I grew up with it so I never really got the chance to try it like it was something I’ve never had before. I wish I could so I could have an opinion on it, but of course I like it me.”

When she pressed whether she would admit it if she didn’t like it, she folded. “I don’t know if I would,” she laughed. “Just because it would generate more questions.”

College should always be a ticket to St. Louis, where the weary questions about Emily’s name seemed endless.

“When I looked at schools, I told myself I didn’t want to be anywhere near St. Louis.” As a pre-eminent volleyball player at the Ursuline Academy in Kirkwood, she began looking in North Carolina “just to be somewhere where I could completely reinvent myself,” she says. Then the volleyball coaches at Saint Louis University reached out to her.

She had originally counted them because they were too close to home. But when she went on a tour, she fell in love with the campus just twenty minutes away.

“Yeah, the Imo’s thing popped into my mind, but it’s not something I’ve never dealt with in my life.”

Still, it was an advantage to be so close to you – Imo’s family traditions can live on. With any family member within 30 minutes of Margie and Ed’s house, all cousins, including their late twenties, can gather on their grand staircase on Christmas Eve and have mass right in the foyer. 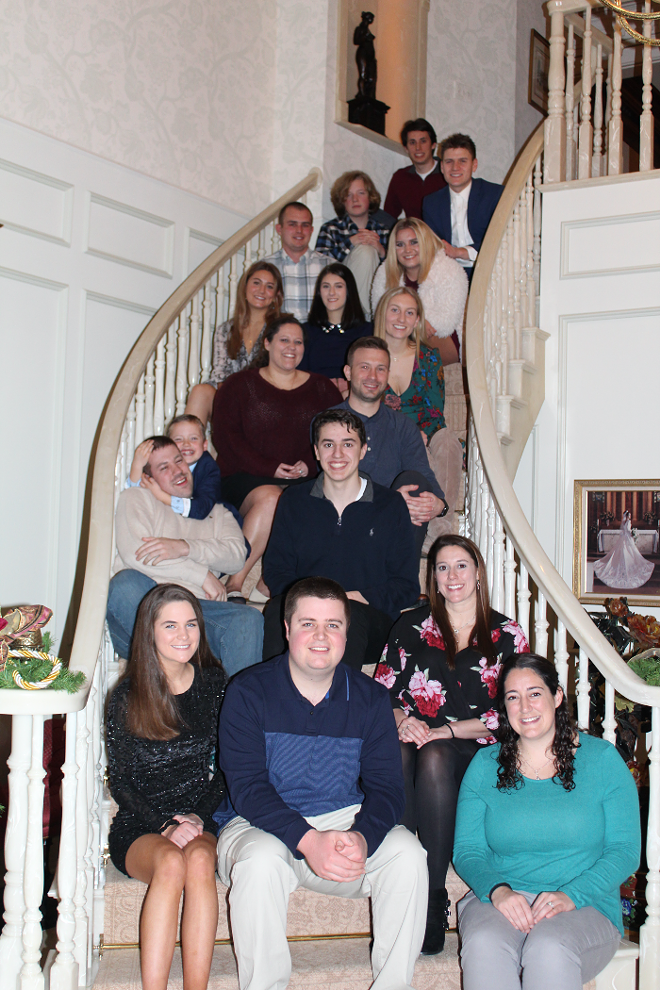 Staying in town brought opportunities for Emily too. She once met Boston Celtics star Jayson Tatum and former Cardinal David Freese through Imo’s promotions. She also shadowed the head of marketing at Imo to learn about the field through hands-on experience.

Emily recalls that as a kid she could go back to the Imo’s kitchen and make her own pizza. If her father invested in a new business, she could visit and see the building process. She also remembers her father buying an old Quiznos store where workers left old uniforms and badges so Emily and her sister could play with them.

Although it was a unique childhood, Emily is honored that they were her roots.

“I’m proud to be a part of it and see all the hard work my family has done to get where we are,” she says.

Square cracker crust with homemade marinara and sticky Provel cheese. Imo’s pizzas are an amalgamation of St. Louis culture, all contained in one simple red and green pizza box. The Imo family, a true St. Louis royalty, gave the city its own kitchen.

However, Emily downplays her star status.